The Drebbel Reconstruction of a wooden submarine which was oar-powered! This reconstruction proved itself in the Thames. It now sits in an enclosed yard by Richmond bridge.
Attribution: Colin Smith

The history of submarine design and construction is a lot like taking a loaded brush, flinging towards a wall, and declaring the wall painted. Huge parts of the history are missing and what we do have is scattered and disconnected. The earliest design we have comes from Leonardo da Vinci. He kept his design secret. When it was finally discovered and examined by modern engineers they discover that it would not have been able to submerge.

The first design to actually be built and tested appears to be one from Cornelius Drebbel in 1620. He studied an earlier design by William Bourne from 1578. Drebbel’s third submarine was demonstrated in 1624 for the King of England and the Admiralty. He used a wooden frame covered in leather and powered by 6 oars. In 1729, Nathaniel Symons designed a submarine which surfaced and sank by expanding and contracting the volume of the submarine.

In 1775, David Bushnell designed and built the Turtle, which was brought to the attention of General Gorge Washington by the governor of Connecticut. Bushnell was from Westbrook, Connecticut and designed the sub while he was studying at Yale. He proved that gunpowder could be exploded underwater and made the first time bomb. General Washington had his doubts about the machine, but supplied the funds and support for the submarine to be built.

The Turtle was ten feet long, six feet tall, and three feet wide. It submerged by taking water into a ballast tank at the bottom of the sub and surfaced by pumping the water out with a hand pump. Propulsion was a hand crank screw propeller, and up and down motion was accomplished with another hand crank screw propeller. The weapon was a powder keg attached to the submarine. It would go under the target ship and bore into it with a wood screw attaching the powder keg to the hull of the target. It would move away from the target and a clock mechanism would start. When the mechanism counted out, it activated a flintlock firing mechanism which exploded the powder keg blasting a hole in the target and sinking it. Or that was the plan anyway.

Ezra Bushnell, David’s brother and pilot of the Turtle, was sick when the attack against the British was to take place. General Samuel Parsons provided three volunteers to train on the Turtle. When the attack against Admiral Howe’s flagship, the HMS Eagle, took place Sergeant Ezra Lee was the pilot. Sgt. Lee was unable to attach the bomb, because the screw for attaching the bomb struck metal. (Probably the iron fittings which mount the rudder of the ship, though some say it was the copper sheathing of the hull, this is doubtful).

As Sgt. Lee was returning British soldiers on Governor’s Island spotted the sub and rowed out to investigate. Lee released the charge, thinking the British would be curious and pick it up, exploding and killing them all. The soldiers were suspicious and returned to the island staying clear of the bomb. The bomb drifted into the East River where it exploded harmlessly.

Another attack was made against another ship anchored off of Manhattan Island. A lookout on the ship spotted the Turtle and Lee aborted the attack. Several days later the Turtle was being transported aboard a ship when the ship was sunk by the British. Bushnell said he salvaged the Turtle, but no record of what happened to the ship exists.

David Bushnell stayed in the Continental Army until the end of the Revolutionary War. He then moved to Georgia where he died in 1824.

Comments Off on David Bushnell & The Turtle 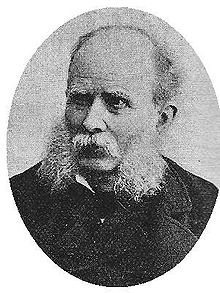 Narcis Monturiol, born 28 Sept 1819, died 6 Sept 1885. Now, on to the man, he graduated law school but never practiced law. He became a writer and publisher, inventor and politician. He was a socialist who wanted to create a utopian community where people could live together, “each according to his ability, each according to his needs.” He also produced Spain’s first communist newspaper. In 1848, one of his publications was suppressed by the government and he was forced into exile in France. When he was allowed back in the country his publishing activities were greatly curtailed. By 1868 he was a member of the Assembly. Just a few of his other inventions included a machine for making cigarettes, a method for preserving meat, and a rapid-firing cannon, as well as a continuous printer.

One of his most remarkable inventions was the Ictineo. A submarine he hoped would help coral divers and save lives. Considering Ictineo I was finished and performed its first dive in September of 1859, it was a pretty remarkable submarine. Monturiol studied all of the available materials and the work of other submarine inventors before designing his submarine. He sought assistance from the government, when he was turned down he went to the people of Spain. More than 300,000 pesetas came in from the people of Spain and Cuba to help him build his submarine.

The submarine handled great, but the speed was disappointing. Like so many submarines designed in the 19th century it was powered by manpower. The submarine successfully completed more than 50 dives before a cargo ship ran into it while it was tied up at its berth. On 2 October 1864 Ictineo II was launched.

The submarine had a double hull with ballast tanks in between the hulls. The submarine’s pitch could be controlled with a weight on a rail that ran the length of the submarine enabling the submarine to hover. This was a feature that submarines would not have again for almost 100 years. The shape, like modern submarines, was that of a fish so that it would move through the water better. He developed his own method of navigating and used calcium hydroxide to remove carbon dioxide from the air.

Monturiol performed many experiments to find a better propulsion system for his submarine. He came up with a chemical process that produced enough heat to run a small steam engine which almost doubled his speed to 4.5 knots (5.2 mph – 8.3km/h). His chemical process produced oxygen as a byproduct. 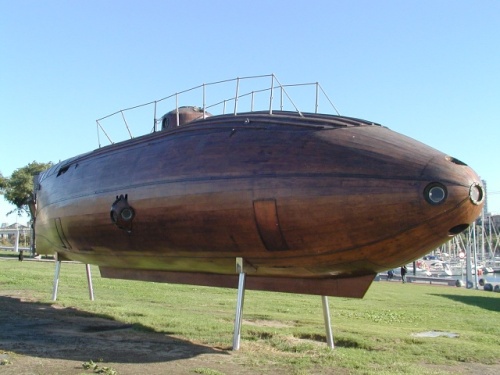 Unfortunately, by the time Ictineo II was finished and tested Monturiol was bankrupt. His submarine was sold at auction to cover his debts. The Spanish government taxed ships, so the new owner broke up the ship and sold it for scrap.

Many of Monturiol’s innovations were not seen in submarines again until the twentieth century. And Ictineo II was the first submarine designed and built that could operate without the need of oxygen from the surface. A capability the Germans experimented with during World War Two, but which was not fully realized until the nuclear powered submarines of the second half of the 20th century. The United States submarine USS Nautilus SSN-571 was the first nuclear powered ship in the world when it went into service in the late 1950s.

There were many men around the world during the 19th century who were working hard to build a viable submarine. Most had little or no help and used the materials they already had. Some of the would be inventors never realized their dream of building a submarine. Of the one who did, some died in their craft, others successful and a few even acquired fame (at least locally) for their underwater craft.

Unfortunately, very little is known of the majority of these 19th century submarines. The only ones that are still in existence are the ones which sank and were recovered much later. The designs and drawings for these 19th century wonders have been lost to time for the most part. Often only a few sketches or a newspaper article is all that remains. Even fewer photographs have survived.

That adventurous spirit still survives though. There are men and women who are determined to build their own miniature submarines to this day, and they share their knowledge, ideas, results, and photos in online groups and chats set up for armature submarine designer/builders. Once someone is “bitten by the bug” it is an addiction that won’t go away.

Original: Drawing from Author, 1858. Photograph is my own work.
The author of this photo did not include his name. If you know who the author is, please contact us so we may give him/her credit.

Comments Off on Monturiol Inventor, Writer, Publisher, Activist, and Submariner

I wrote this years ago, at a time when if someone would have suggested that I would be a writer I would have scoffed at them. Looking back I have always been writing, but never considered myself a writer. Unfortunately, I have almost nothing of my earlier work. So here is one of the few. I also have an article about the newlywed couples on the Titanic that I will be sharing soon.

I was thinking today of my last voyage at sea. It was a night trip from Puerto Rico to St. Croix in the Virgin Islands; we left in the late afternoon. Since it was a short trip, our Captain decided to make it on the surface. I was the sonar supervisor until 6 pm. I got off watch, checked the after watch clean-up of my sonar men, reported the clean-up done to the off-going chief of the watch, and ate dinner. Afterwards, while the evening movie was playing on the mess deck (only a couple of men were watching the movie), I packed the few things I had left. My last night as a submarine sailor, a job I loved; this job, this world, this life was all I knew. I wandered the submarine; this was my last night at sea — ever.

I ended up in the control room just as they were changing the lookout up on top of the sail (conning tower). I was still a qualified lookout, though I had not stood the watch since I qualified as a sonar supervisor. I volunteered to go up. The chief of the watch passed the word to the bridge on top of the sail.

“Petty officer Combs to the bridge to relieve the lookout,” said the chief.

Coming up through the hatch into the Caribbean night sky was awesome. My soul has always been at peace, at sea, surrounded by the ocean. The sonar division officer was the officer of the deck.

“Are you sure you want to give this up?” he asked scanning the horizon with his outstretched arm.

No, I did not want to give this up, but “this” did not happen often enough. A submariner’s life is spent below the surface of the ocean, in darkness. His world illuminated by red lights and the glow of electronic equipment.

Words are inadequate to describe being at sea with a deck under your feet. There you are alone in your thoughts, you and the sea. Your family, friends, and responsibilities back on shore still exist, but they might as well be on Pluto. You cannot affect them, even if you wanted too. Quite literally all of your problems are behind you. That great equalizer, the sea, is spread out as far as the eye can see before you. No privileges, no obstacles. You stand there on deck feeling the sway of the ocean and the vibrations of the ship. All is as it should be, all is at peace. The sea is constant and plays no favorites.

If Jesus was a carpenter … God was a mariner. 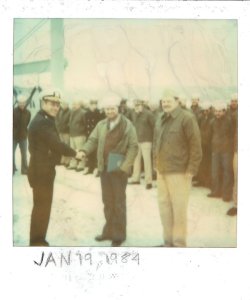