They had many of the things they would need permanently mounted on the hull. Deck guns, machine guns, anti-aircraft guns, handrails, cleats, chocks, and many other things. This equipment protruded from the hull slowing down the sub and creating flow noise. The flow noise from water rushing around these objects while submerged made the submarine louder.

Comments Off on Submarine Sunday 31 July 2016

This man shook up the world in his chosen field and grabbed the attention of the rest of us for one summer. http://wp.me/p1MLkF-QZ

END_OF_DOCUMENT_TOKEN_TO_BE_REPLACED


This will be short and sweet. There are politicians, the press, and organizational leaders who are trying to seize unbelievable power for themselves by dividing us along religous, economic, and racial lines. No matter how truthful something sounds do not trust it until you check it out for yourself.

A look back at one of your favorites, USS Shenandoah ZR-1, The First American Made Rigid Airship – http://wp.me/p1MLkF-19V

I’ve been working on another “Paul Harvey” style historical story for you. But I didn’t finish it. This month I have my daughter. She lives 1,000 miles away and I don’t get to see her often. This week I spent most of my time sightseeing & clowning with my daughter, so I did very little writing. My daughter did get some writing done and I broke the number one rule of living with a writer. ‘Don’t disturb the writer while he/she is working. Yup she gave me the ole evil-eye for disturbing her work as you’ll see.

We also saw The Keeper of the Planes (a forty foot high steel statue of a planes Indian praying to the Great Creator), several trains, Hatman Jack’s, and we even got in some pool time. 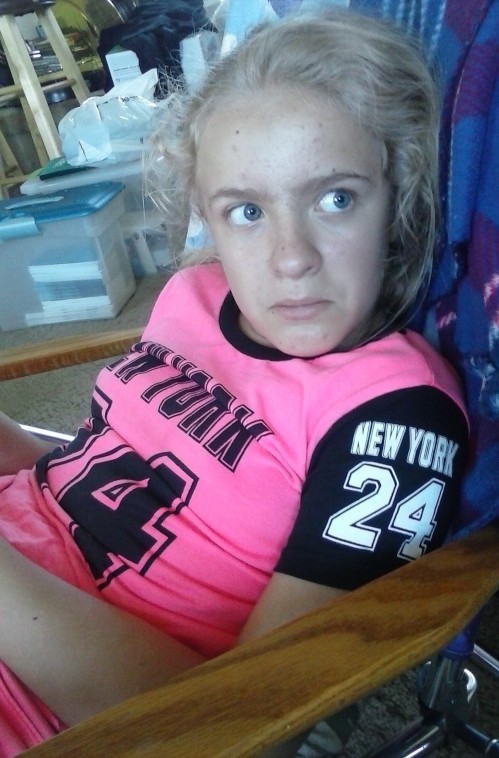 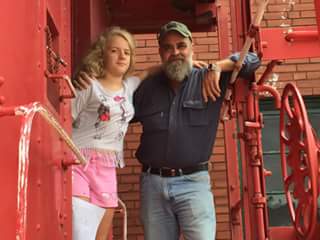 At the museum on a caboose.

At the Keeper of the Planes. 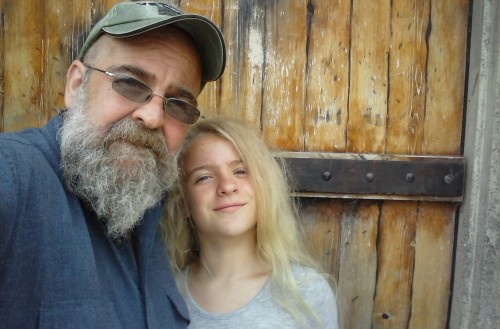 At the base of the Keeper of the Planes. 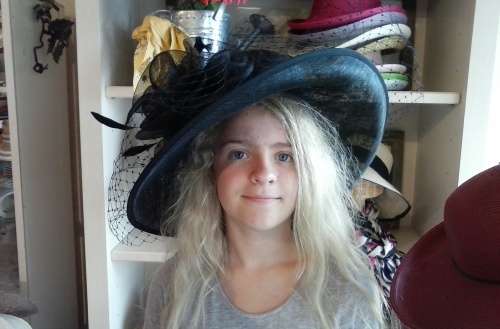 Trying on hats at Hatman Jack’s.

Elizabeth in the workshop at Hatman Jack’s learning about hat making from Jack. 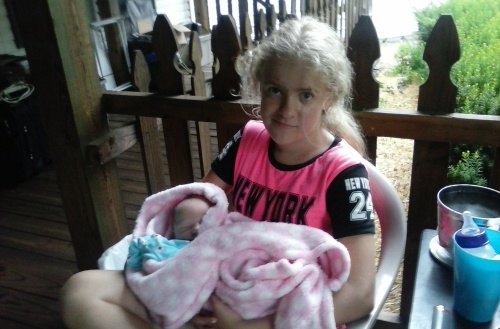 Elizabeth with her new cousin Gracie.