Only One Way To Say It – “Sometimes Life Sucks”

This Spring and Summer has been rough on many people I know. Deaths, job loss, and the end of relationships, I know, I know. I’ve even posted things on my Facebook wall to try and help some of my friends, but unfortunately the wrong people thought I was posting about them. So, here is my advice. Yeah I am not a doctor or counselor or anything like that. But I have been through a lot of crap throughout my 53 years, including this year. And right now I am pretty damn happy with where I am. I could be down, but I choose to be happy and grab life by the tail. So, without boring further with details of my life, here is my advice to you. First – GET MAD DAMNIT !!! “But, Joe I did not break up or lose a job, I had a death close to me.” Ok, fair enough. Here is what YOU need to do. GET MAD DAMNIT !!! Yup that’s what I said. Get mad about the cancer or disease that robbed you of someone. Get mad at all the years you won’t have with that person. Get mad about all the things that person will miss. Get mad at whatever you want, but get mad. Getting mad will help you get through this bad time. Now here are some other things I want you to do.

I do believe in you. I have always believed in people, and always will. You WILL be fine, I promise. And if I can do something for you then let me know and I will do what I can. Luv ya, take care, Joe

The second book in the Cartaphilus series is going well. It took about eight months to write the first one. I have written over half of the second book in one month. I will have to finish the rough draft, do my rewrites. Then it goes to the editor, that will be about two to three months. Then the illustrator will need to do the cover. All said I do believe the second Cartaphilus book should be available as an ebook before the end of the years and the paperback and hardbacks will follow shortly. 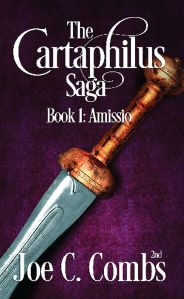 Here are some more photos of authors and readers from Writers of the Wheat Festival.

As you will see from the photos many of the readers had to stand to hear the feature authors do book readings from one of their more popular books. 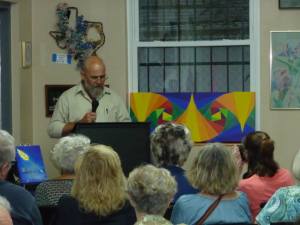 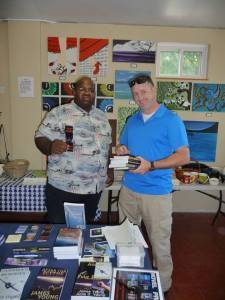 Comments Off on The Cartaphilus Saga: book #2 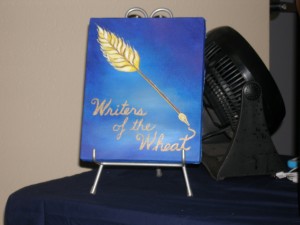 The Writers Of the Wheat Festival happen on July 10, 2015 in Wichita, Kansas. The was the first event, and it was a huge success with dozens of independent writers attending. The number of writers was only dwarfed by the numbers of people who attended looking to get a chance to hear a reading by their favorite author and to get a chance to talk with them and get a new autographed book.

The event hosted by Cristi McCaffery-Jackson and organized and promoted b y Tracy Dunn, both excellent authors in their own right.

Comments Off on Writers of the Wheat 2015

On the two hundredth and thirty-ninth (239th) anniversary of the British Colonies declaring themselves to be free and independent states, owing no allegiance to the British Crown, I was pondering what to write about. I wanted something fitting when I found something in my inbox. What could be more fitting than James Madison? James Madison, rebel leader against the British Crown, United States Congressman, Secretary of State under President Jefferson, delegate to the convention which adopted the articles of confederation after the colonies won their independence, fourth president of the United States, and the man who accompanied, first lady, Dolly Madison to the White House. A pretty impressive list of contributions and accomplishments, and if that were the extent of his accomplishments he would still be a great American. But, all of those pale in comparison to his greatest accomplishments.

In all of the world there is one document which is more concise, does more to limit the power of government, more to protect the natural laws of all people (within its jurisdiction), does more to ensure the citizens are the true power of government (instead of bullies, tyrants, and elitists), and does more to allow its citizens the free use of their talents, property, and opinions – than any other constitution. It accomplishes this in part by being one clear document written and adopted by its citizens, instead of being a series of laws over the course of hundreds of years.

The birthplace of James Madison and home of his maternal grandmother, Rebecca Catlett Conway Moore, Belle Grove Plantation and its surrounding property, is in a beautiful part of Virginia, surrounded by trees and farm fields as it has been for hundreds of years. Belle Grove is on the Virginia register of historic landmarks and is routinely inspected by the Virginia Department of Historic Resources.

I could go on about Belle Grove and what it means to us all. I mean it is OUR history, every one of us. All of those Americans here and abroad, including those Americans who are doing everything they can to come home to an America they have only seen in their dreams. It is my daughter’s (Elizabeth Combs) history. Her ancestors were at Valley Forge with George Washington and eighty years later more of her family risked their own lives, the lives of their families, and all that they had to lead former slaves to freedom in Ohio and West Virginia.

It is also the heritage of Elizabeth’s mother, Marina Alexandrovna Combs. Marina immigrated to the United States in September 2001 just after September 11. A few years later she took the oath of citizenship and became a citizen of the United States (I have never felt so humbled and honored as I did that day, to witness almost 100 of our countrymen & women, from all over the world taking an oath to confirm what they have always been at heart – American).

Belle Grove has African American history that has already been lost throughout our country. If we lose the Summer Kitchen of Belle Grove there will be a part of African American history that will be permanently removed from our past and lost forever. I could go on and say more, but my words pale in comparison with the passionate words of Brett and Michelle Darnell. So I am going to let them tell you the rest in their words.

“Back in 2013, we were inspected by the Virginia Department of Historic Resources. They come out once every few years to ensure that there hasn’t been any changes to the historic mansion, which is a Virginia Landmark. After viewing the mansion and giving us an approval that all was original, I walked the representative to the outbuildings.

She was awe struck.

She told me that the Summer Kitchen with its half kitchen and half slave lodging was “priceless”. She said to me, “You don’t understand. These don’t exist anymore!” Most have been lost to fires, neglected or weather beaten until they fell in. To find one that dates to this time period is almost impossible. She also pointed out the rose head nail studded door on the Smokehouse. I have to laugh when I think of what she said to me. “Michelle, don’t you ever sell this door! These nails were made here in the 1700s!”She told me with all the authority she could muster. I assured her that I would never do such a thing. It would be like selling my right arm. It’s all attached to this place.

With all this precious history standing before me, I have to do something.

Time stands still for no man. Or woman on a mission.

We are currently in progress on our 501C Non Profit so we can work on getting grants for this kind of restoration. But 501C Non Profits take time. And time is something we have precious little of with these buildings.

We have been working on a two special projects to raise the needed money for these buildings.

We have our Amazing Race 2015 on July 18th. This event will see teams of 2, 3 or 4 traveling to King George, Caroline and Westmoreland County to complete “Location Challenges” for points. The team with the most points at the end of the day will win 1st, 2nd and 3rd place as well as “Best Dressed” team. We will have a special Finish Line Celebration and Award Ceremony after the day is over with food, fun and music.

We are still looking for teams to join us in the fun!

There is no cost to enter. Just sign up by Sunday, July 12th. Complete your form by going to:

Come be crazy and wacky for the day with us!

We have started a special GoFundMe Campaign called “Save Our History at Belle Grove”. Our goal is to raise $45,000 to restore and preserve these priceless treasures.

We are asking you to please visit our campaign at:

Watch our video. Make a donation. Then share this campaign with as many people as you can.

This really needs to be a team effort. So we are coming to you that have supported us throughout the years. You know how hard we have worked. What hardships we have faced and overcome. Now we need your help to overcome this wall.

Please help us before it is too late for these buildings.

Be a part of the history of Belle Grove Plantation.

If we reach this goal and after the buildings are completed, we will have a special invitation only Grand Opening for those who have supported us in this cause. We will also enter all the names into a special book that will become part of the history of how these buildings were saved.

What after they are restored?

The Summer Kitchen will become a small museum. The kitchen side will house all the artifacts and history of Belle Grove Plantation. The slave lodging will become a living memorial for the enslaved people of Belle Grove Plantation. It will not only tell the story of the slaves, but will have a bronze plaque with all the names of slaves we have been able to discover through wills, inventories and death records. We have long lost the slave cemetery. But through this effort, we hope to give them their names back to be remembered forever.

The Smokehouse and Ice House will stand as a teaching tool for this generation and generations to come. It is our hope to bring in historic performers and teachers to teach the general public as well as school aged children about live on the plantation.

Let us not forget the past, but remember it so we are not doomed to repeat it.

What a great gift we can give back to our children and their children. To have the original buildings tell their story.

Won’t you please help us?

I know it is impossible for compensate you for the time, sweat, and tears you have given and will give in the future, but I want you to know that you have my undying gratitude for all of your efforts. Come what may, you have given you all and it is greatly appreciated.

P.S. I know times are hard for all of us right now and I never ask you for money, but if each one of us could go to http://www.gofundme.com/xw687w and pledge just one dollar we could same our heritage – there are enough of us.