The Heart of a Child 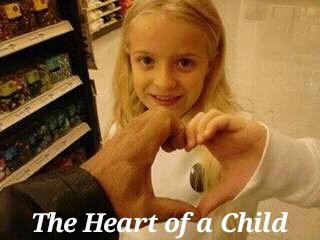 The end of June 2009 took the world by surprise. Michael Jackson, the King of Pop, dead at age 50.

I remember the day of Michael’s eulogy. I was on vacation home with Elizabeth, just the two of us. Mom was at work. I thought it would be the perfect day for us to wander among the trees and flowers. So, I loaded the car with lunch and toddler snacks, and put Elizabeth in her car seat.

Away we went to an arboretum on the far side of the state. Every radio station was carrying Michael Jackson’s funeral. I turned the radio down, and Elizabeth filled the car with stories of her and her BFF Lola. Most of the speakers at the eulogy were politicians trying to make people impressed by their presence at the funeral blah, blah, blah.

But, I was enjoying my father daughter time too much to pay them any attention. Then Stevie Wonder began to speak. Elizabeth stopped talking. She listened to every word of Stevie Wonder. When he finished Elizabeth sat silent for several long moments. I watched her in the review mirror because when a four year old gets quiet, parents get nervous.

Then Elizabeth looked up at me.

“Daddy, what’s wrong with that man?”

“Sweetheart he’s sad because he lost his friend.”

Elizabeth looked down again in silence for several long moments. Then she looked back up at me and spoke in a soft voice.

“Daddy I will be his friend.”

He gave me my proudest moment as a father. Elizabeth wasn’t fooled by the fake sincerity of all the speakers at Michael’s eulogy. She noticed the one person who spoke from his heart. The one man who really cared for his friend Mike, not the superstar Michael.

You can fake sincerity and fool us grownups, but you can’t fool a child. Makes me think no one over the age of 5 should be allowed to vote.

Thank you Elizabeth. I have always been so very proud of you.

Stevie, Mr. Wonder, thank you for all your great work. You are a giant in the music industry and a true gentleman. More than that, thank you for my proudest moment as a father.

2 responses to “The Heart of a Child”