The Holidays & My Tribe

The holidays (Thanksgiving is next week in the United States) is a time when I think about my family and friends, the people who make up “my tribe.” My tribe is not a conventional tribe, then I do not lead a conventional life style either. The people who are a part of the group I hold most dear are an eclectic group. They range in age from 9 to 90, men and women, near and far, some of them I agree with on almost everything, others I agree with them on almost nothing. Some of the people in my tribe I have known for more than four decades some for only a few months. Some of those in my tribe are veterans, others lifelong peace activists.

But, they all have one thing in common, they are my friends and I treasure each and every one of them. If you are in my tribe I will do whatever I can for you. That does not mean I won’t let you down from time to time, my heart is in the right place, but I am only human. About two weeks ago I got a midnight call (literally) from someone in my tribe, “I need you.” So, I went to the airport and told the man at the American airlines desk, “I need a seat on the next flight to Chicago.” I cannot always do that. Sometimes I do not have the money to travel like that. But, when I do and someone in that group needs me, I’ll get the next flight. 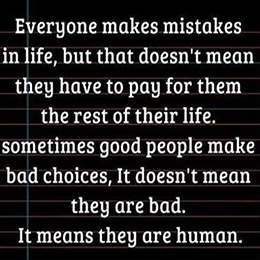 A few of them live near me, most don’t. My tribe lives quite literally around the globe. Some of them I know from my childhood and have not seen in years, but when I do see them we pick up right where we left off. One of my friends said that is because my sign is Aquarius and Aquarian are like that. Ok, I don’t know about that, but it is who I am. Some of my oldest friends (and I am not saying THEY are old) are people like Mike Davis, David Kenney, Philip Gallo, Martha Schull, Pam Arrington, Linary Kingdon, and that is just six I cannot list all of them, too many. Then there are the vets, men I served with in uniform. And other vets, men and women I have gotten to know since I got out of the military. Some are writers, some are readers, and some are both. Some were strangers who asked me to help out or donate something for a fund raiser, and we just kept in touch. Some are people who have survived the same tragedy I had to survive. Some of the women in my tribe are some of my ex’s (just goes to show you can have a good friendship with someone even if you can’t have a good relationship with them).

It is at this time of the year my thoughts turn to those who have left an empty chair at my table as well; most of them through death, and a few through their own choice. No matter the reason for their absence, they have a special place in my heart that will always have their name on it.

This is also the time of year that I like to say thank you too. Thank you for being my friend. My tribe is too large for me to name them all, a few of them are people like Mike Steele, Tim Campbell, Charles King, Theresa Grimm, Lonni Roberts, Michael Channon, Sheri Bessi, Tom Ziemann, Trish Rooney, Ken Christian, Theresa Byrne, Teri Gorenflo. It would take me a very long time to list them all. But, I am in debt to them all.

And so, at this time of giving thanks in the United States, I would like to say thank you to all of my friends, named and unnamed, you are my tribe and I will always treasure our friendship. Thank you for being my friend.

5 responses to “The Holidays & My Tribe”