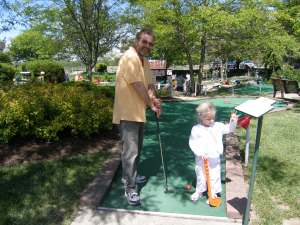 The Ides of March, 15 March, two days ago as you read this (I wrote this on the 9th of March). Of course, ides just means the half division of something, and comes from the Romans. So, how do we all know the phrase “Ides of March?” After all, we can use the “ides” to all the other months and many other things as well. Shakespeare’s play Julius Caesar Act 1 scene 2,

Brutus: “A soothsayer bids you beware the ides of March.”

Brutus was saying this to Julius Caesar. Good reason for that warning as the 15th of March was the day Caesar was assassinated.

I like the halfway point as a good place to take stock of where I am, where I’ve been, and where I am going. I’ve been doing this on the run, but the 15th of March is when I pause for a moment and really take stock of this. 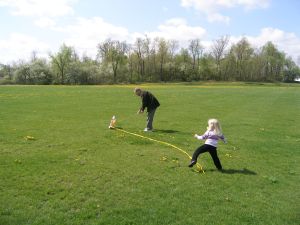 I like being a man. Not for some political reason (be it politically correct or incorrect). I like the “manly” things like a barbershop, a real old-fashioned barbershop.  Keith’s Cuts in West Liberty, Ohio was the first real barbershop I had been too in a decade or more. My wife found it for me, paid for my first haircut and gave me the address. When I moved to Columbus, I drove more than 100 miles round trip for a haircut, until I found the Gahanna Barbershop, another real barbershop, not a beauty salon.

Keith’s is that male bastion of the times of old … without the true crime magazines. Decorated in a “Cincinnati Reds and bowling” theme. I’m a Yankee’s fan (a cousin played with them), but Keith’s Reds stuff is pretty neat. The bowling is really just bowling pins marking Keith’s 300 games, and boy has he had a lot of 300 games (a score of 300 in bowling is a perfect game). I think though the best part is the men who go to Keith’s. West Liberty is a small farming community, and you can usually find a few of the city’s elder statesmen of agriculture waiting their turn in the chair and talking about manly stuff. None of which I understand. I appreciate it, but I really don’t know what a three-point-hitch is or what it does, much less why it is important. But I nod my head in agreement just the same. That’s what men do when we have no clue what someone is talking about, just nod your head and say “yup” once in a while. I just love going to Keith’s Cuts.

The Gahanna Barbershop is another bastion of sheer manliness. I think Tim the tool man would feel right at home in either of these barbershops. Gahanna Barbershop has four barbers and on most days you can usually find three of them there. These men are all military vets, or at least deserving of the title honorary vet. One is a Navy vet, so I feel right at home in the conversations. The décor is outdoors and vintage barbershop “stuff”. They have a hornet’s nest that the original inhabitants no longer use, old signs (including Burma Shave signs), a few tools, and shadow boxes with old barbershop instruments. The mirrors are framed like windows and they have a clock with the numbers backwards so it reads the right time while you are looking in the mirror.

My favorite time to go to the Gahanna Barbershop is Saturday mornings. This is when a parent (usually mom) will bring in their small son for a haircut. Of course, we include them just like one of the guys. I like to watch their faces beam at being one-of-the-boys. I think mom brings in her son for the price though, not the camaraderie. A real barbershop still charges half what one of the beauty shops or unisex shops charges. I don’t like that name “unisex”, sounds like someplace Larry Flint get’s his haircut at. I still go back to Keith’s once in a while, we need to patronize these old barbershops men. If we don’t one day they will all be gone. 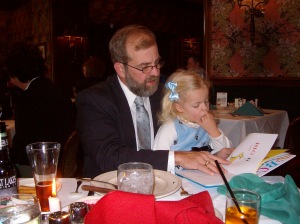 I was pondering all of this as I read the poem “Given A Choice”  by Sheri. Her poem for International Women’s Day. With everything I am interested, or have been interested in, poetry is not one of them. However, Sheri’s poetry always speaks to me and makes me think, those deep thoughts.

As I thought about my Southern roots, and why Sheri prefers to be a woman, I also thought about what being a man means to me — a Southern man. This brought me back to Shakespeare. To be specific Hamlet Act 1 scene 3 Polonius is giving advice to his son Laertes as he prepares to leave for Paris.

Polonius: This above all: to thine own self be true, and it must follow as the night the day, thou canst not then be false to any man. …

Those who know me would certainly say I am that. But, over the 20 years I have lived in the north I have quietly amputated small portions of who I am to fit in more with the Yankees (some of which you have read in recent articles). Something I have recently decided to undo.

Elizabeth on a merry-go-round 2008

Along with all of this I have also been thinking about those other things I like about being a man. Like the first time I held my daughter, or how I feel when she runs up to me on a playground, looks me in the face and says, “Daddy I love you”, just before she turns and runs off again. That and all the 1,000’s of other things she does. It makes you feel like you could take on heaven and hell for her if you had too.

There are also the not so good feelings too. As the man (at least for my generation and the older ones) you learn from the time you are a small toddler that daddy fixes everything. Like George Bailey “fixing” the rose petals back on the rose for his daughter when they fell off. Dads are supposed to be the defender of the family. You stand between your family and the ugly and dangerous things of life. The not so good feelings? When you hold your dying child in your arms knowing you can’t fix this. It does not ease the pain knowing no one else can fix it either. It makes you feel like you’ve failed, and worse than that, you failed a child, your child.

I also remember a while ago something that probably shocked me more than anything ever has. I remember the moment I realized a woman loved me totally and completely. She accepted me warts and all, no judgment or “fixing” required. There was nothing about me that would cause her to love me any less. She did not say this with words, but with one act, it was as if she had placed a sword in my hand and then bared her chest to me, smiling because she knew she was perfectly safe in my arms. It was the most restraining and most liberating I have ever felt in my life. It was also the most scared I have ever been in my life. I should have told her, but I didn’t. This is one of the “unconditional loves” we talk about. But there are conditions, you need to nurture and protect the “unconditional loves.” A dog will flinch if you beat it enough as will a child. You must always nurture love specially during hard or busy times, because that love between lovers is fleeting if not nurtured.

Do we get a second chance, after we learn from our mistakes? I don’t know. I know that no matter what comes, my daughter will always know the bountiful love of her daddy. Always accepting and never judgmental, I will not need a second chance with my child. I will always tell my daughter, and more important show my daughter, that I do and always will love her. But what of the other? There are many people around the world that have felt that “unconditional love” in their lives at one time, only to lose it. Will they get a second chance too? I don’t know. I do know that if I get a second chance at another relationship with another woman, I will not make the same mistakes again. I will make a whole new set of mistakes, it’s what we do, we are human, not perfect. I do know this though, you only make a mistake once, the second time it is a choice.

“To thine own self be true…”

Let nothing go unsaid that you should say. Live in today. Yesterday is gone, and can never be changed. Tomorrow is not a guarantee, it is a gift. Accept people as you find them — today. Accept responsibility for yesterday, and then let it go. Make plans for tomorrow, but do not let planning for tomorrow keep you from living today. In one word LIVE. Like the song says “… I hope you get the chance to live like you are dying …”

My wish for you is peace, joy, and love.

Have a great day,